Magic at What Words Are Ours

Let me take a minute to talk about the latest edition of What Words Are Ours and shout out to everyone who made it so joyous & moving.

This is Jacqui Beckford BSL interpreter & dramaturg. Here she is with Raymond Antrobus. Raymond asked Jacqui to stand in front of him as he performed his poetry, placing BSL front and centre. Everyone was visibly moved by this, it was incredible. 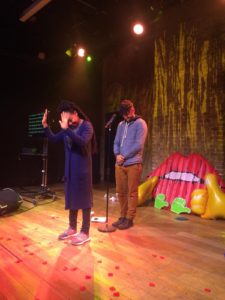 Here is the joyous Martin Fox-Roberts another amazing BSL interpreter and fabulous drag queen (check @mariahurtz for more). Martin got roped into interpreting my weird & sometimes filthy dream poems, including the dream where I met a man who called his bumhole Barbara (sorry Martin!) 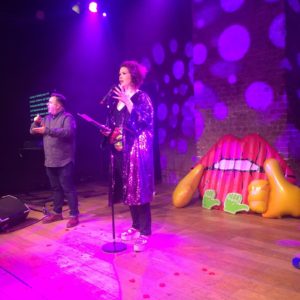 Richard Carter, a groundbreaking Deaf poet with a long and influential career performed his stunning BSL poetry. Here is a snippet (with voice over from the talented Rob Chalk) 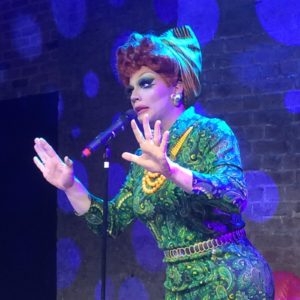 Every What Words Are Ours has been BSL interpreted and at the last show we used captions for the first time. This is the speedy & detailed work of the talented Claire Hill (I pinched this photo from Claire’s twitter) 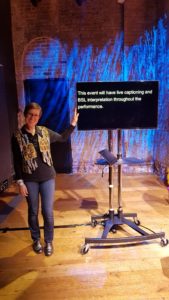 Rachel Long killed me with her Barbie interview poem. Also, seeing Rachel’s words on the caption screen was amazing– appreciating how something works on stage & page simultaneously was a privilege 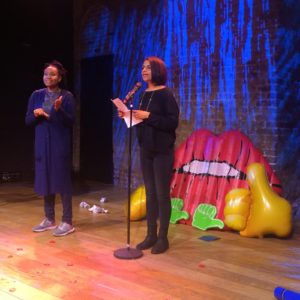 Here is Amani Saeed challenging & moving the audience with characteristic wit & vulnerability. Watching Jacqui and Amani perform alongside each other was literal magic.

Byron Vincent invited us to rate how ‘reasonable’ his anxieties were by clicking our fingers. Seems everyone is worried about being turned into sausages (reasonable)

Behind the scenes, producer  Emilie Labourey smashed the show out of the park. The show cannot happen without this boss bitch. I stole this photo from Emilie’s insta (soz) 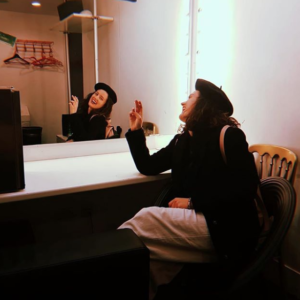 Nathan & Sophie on light & sound were brilliant all day, especially when we had lovely young people from Haven House for a ‘backstage in day’ workshop

Roundhouse have been total babes – especially Jack Prideaux and Dom Ansell – supporting this show since 2017 & working with us to make it better each time. And of course Arts Council England & ever supportive Sarah Sanders THANK U 4 EVERYTHING

The audience were so wicked and supportive (tho they weren’t fooled by my attempt at ‘elegance’) Thanks for selling out the show (again!)

The next What Words Are Ours is June 6 Roundhouse, London It is already on sale & I strongly suggest you to book in advance.